This design took a while to come to life, but boy, was it worth it! Lisa contacted me at the start of 2016, wanting to talk about a re-boot of some snow globes she had made with another manufacturer. In addition to wanting to take the design to the next level, her previous supplier had actually closed down, so she was forced to look at a re-design. The original globe is only a 65mm piece, but Lisa put her money where her mouth is and ordered 120mm globes, so we could really have an impact with amazing detail. In addition to the distinctive mountain, we added some native cacti as well as local wildlife including a rattlesnake and a lizard known as a “chuckwalla”. Finally, the Phoenix skyline is featured at the base of the mountain. 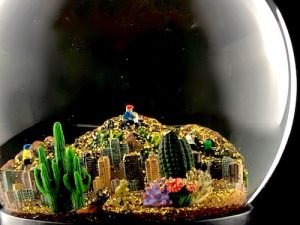 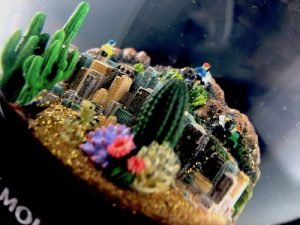 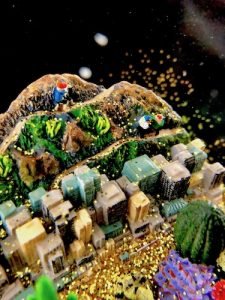 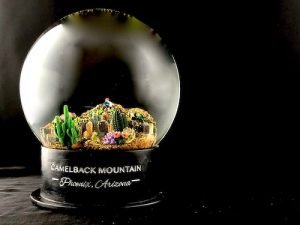