Having been a Seinfeld fan since the very beginning, I was absolutely over the moon when Jason Alexander – famed for playing the incredibly selfish, annoying but hilarious George Costanza – contacted me to produce custom globes for the cast and crew of his new TV Series “Hit The Road”.

Jason’s show is a kind of grown-up version of “The Partridge Family” with a dysfunctional family of would-be rock/pop stars touring the country in a beat-up old tour bus.

Jason wanted to represent the cast members in front of the bus, as if broken down on the side of the highway.

It was an absolute joy to work with Jason throughout this project – he’s absolutely delightful, quick to respond and very trusting of the process. And such a nice guy to boot. He was kind enough to send me a little testimonial after receiving the globes – here’s what he had to say:

Leah and her team created a once in a lifetime treasure for my cast and crew. Her response was nearly immediate and the level of care from concept through shipping was all I could hope for. Not only was the experience professional and courteous and reliable, it was also fun. This is a great keepsake and was well worth the effort. This is not some trinket you get in a novelty shop. This is a collector’s piece, created by artists. I’m thrilled. Just another reason for me to love Australia. 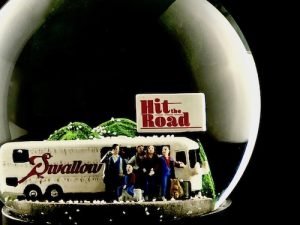 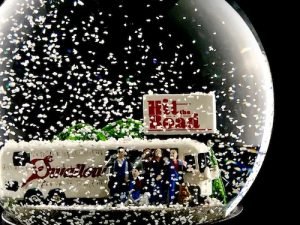 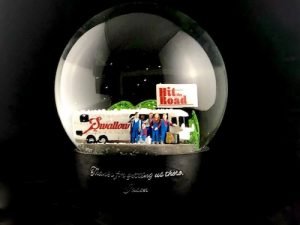 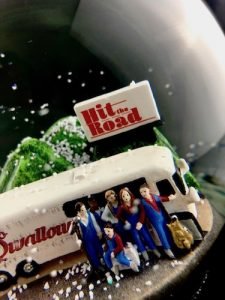